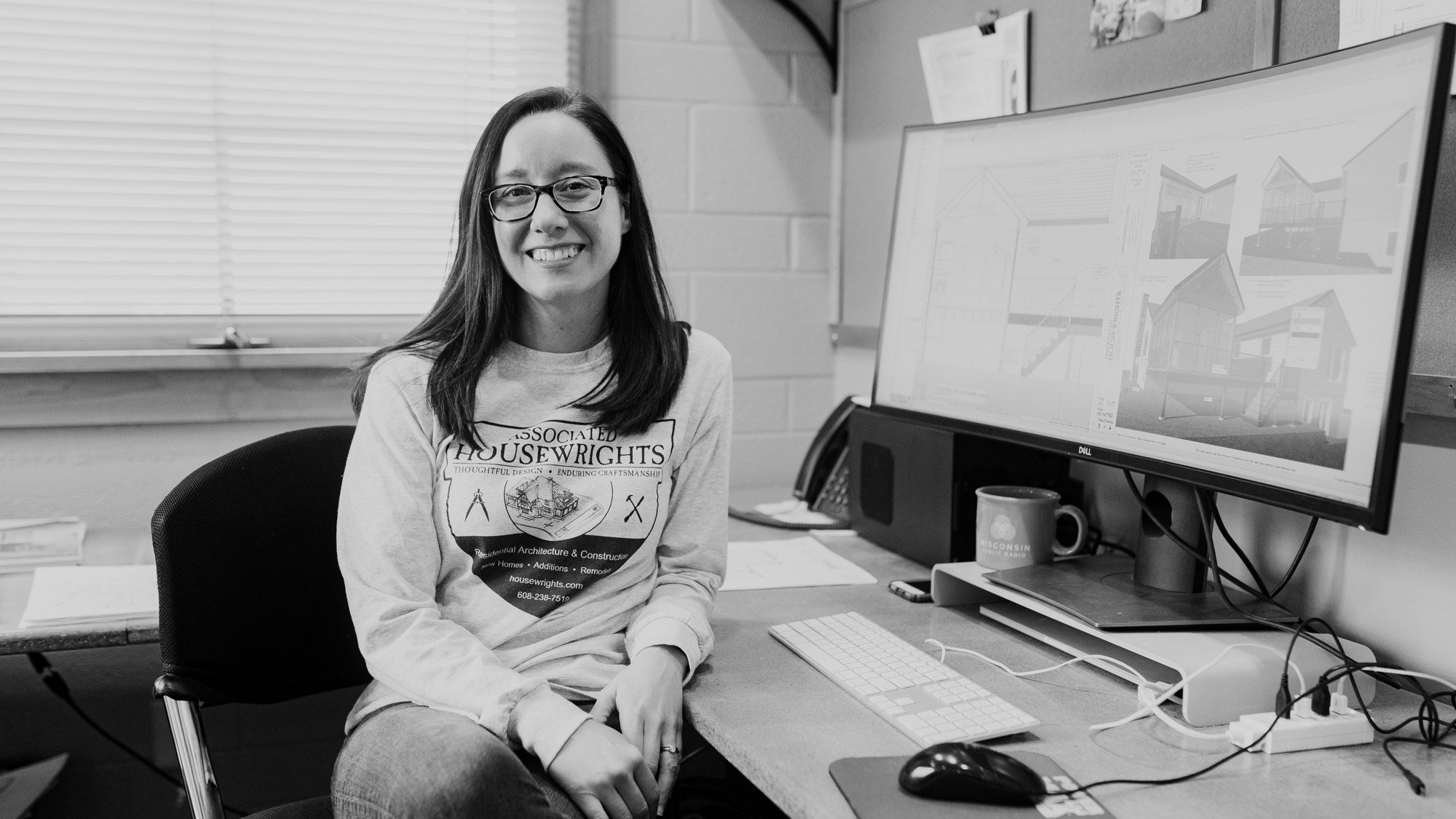 Meri Tepper joined Associated Housewrights as Director of Design in the summer of ’17 after collaborating with the Housewrights the previous 3 years on multiple residential remodeling projects.  Meri Tepper is a Registered Architect in Wisconsin and New York. She worked with the NYC office of Ryall Porter Sheridan Architects from 2004-2014.  Meri is a member of the American Institute of Architects and the Madison Area Builder’s Association.

Meri studied at the University of Virginia.  She received her Master of Architecture Degree in 2004 and a Bachelor of Science in Architecture in 2001.

Meri’s career began with 18 months in Europe working for the Danish Institute for Study Abroad.  She planned and guided architectural study tours throughout Scandinavia, Germany, Switzerland and France. During this time she developed an academic interest in alternative housing typologies, energy-efficient building construction, and the modern Scandinavian style.

Meri’s master’s thesis, titled Sited in the Setback, proposed doubling the density of first-ring suburbs like Levittown NY with the use of prefabricated accessory dwelling units.  Her thesis work received awards in the 2010 Build a Better Burb competition sponsored by the Long Island Index, and the 2005 Boston Society of Architects In Pursuit of Housing Competition.

Committed to leadership development and mentoring, Meri was the 2011 recipient of the Women in Architecture AIA NY Committee Recognition Award.